getting to know you

An old internet friend commissioned me to do a double portrait of his sweet dogs, who have sadly passed on. Rooney, a chocolate lab and Magic, a black lab were my subjects. I’d never met the dogs, so only had pictures and my friend’s description of what the boys were like.

It is a funny thing but as I draw, I feel like I’m actually getting to know who or what ever I’m drawing (yes, if I draw a rock, I start to feel I know the rock) and it was the same with these two. Rooney seems such a hopeful, serious sort and Magic goofy and playful. Both seemed open and loving and most of all, loved.

So, here’s Rooney & Magic, approximately 16×20 in graphite. It was great getting to know you. 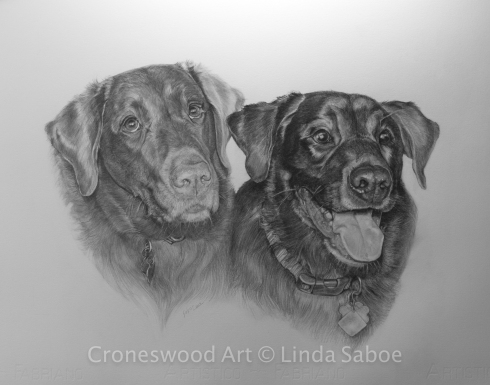 The Wolverine, Gulo gulo, lives in the most severe climate in the far reaches of the northern hemisphere. The largest member of the weasel family, looking more like a bear than a weasel, she lives a mostly solitary life. Fierce, stocky and strong, she can bring down prey much larger than herself but due to the harsh climate, the wolverine will partake of most anything she can come by from Elk to rabbits, mice, carrion, roots and berries. Of course, this makes her terribly misunderstood and maligned as noted by the name we’ve given her: Gulo, latin for glutton.

Wolverines need a large territory in which to hunt and mate and are not willing to share with others. A lucky male will usually form lifelong bonds with a few females, whom he will visit from time to time, mating and hanging out with the young until they are weaned. Sometimes the young will go traveling with Dad when they get older until they settle in their own territories.

Highly endangered through hunting, trapping, climate change and shrinking habitat, the numbers worldwide are not known but according to Defenders of Wildlife there are approximately 250-300 individuals in the contiguous United States.

I’ve been fascinated by this animal for many years though I’ve not attempted to draw, paint or sculpt her until recently. This newest sculpture took me a long time but then it takes time to get to know this beautiful, misunderstood creature. 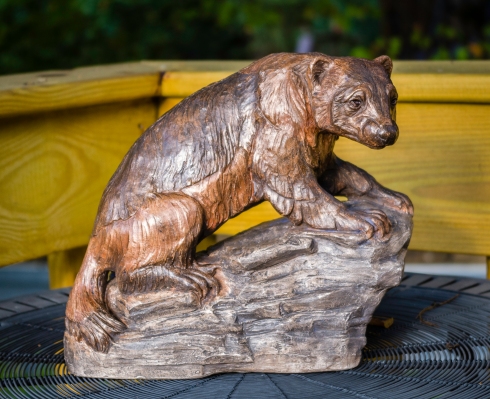 Here’s a closeup of the face. Everything about the Wolverine is sort of solid and square. 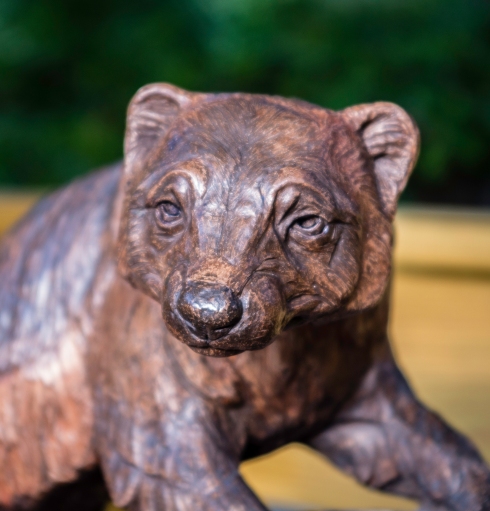 Here also, the charcoal drawing I did a while ago. 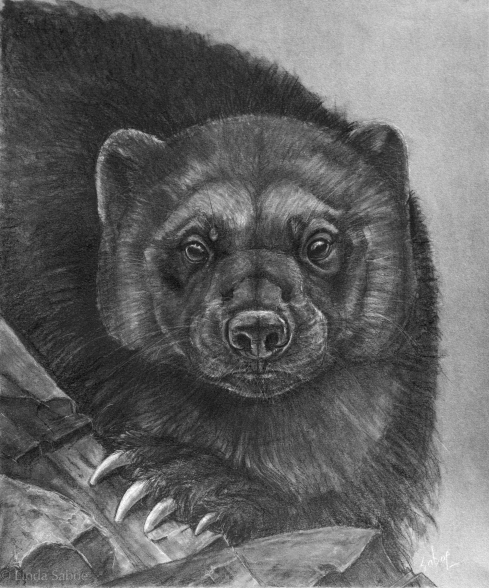 punkinhead out for tricks or treats